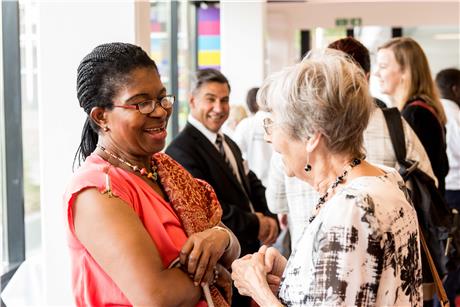 In July each year the Board of Trustees holds a ceremony to congratulate the winners of that year’s grants. Grant recipients take part in a ‘market stall’ to share their work with others, and speak briefly about how they will use the Grant.  A couple of previous Grant recipients also speak about the impact of their completed projects. Each year the Trustees invite a guest speaker. In 2019 they welcomed Damien Egan, the Mayor of Lewisham; in 2018 Asad Ahmad, BBC news presenter and local resident; in 2017 Vicki Foxcroft MP; in 2016 Sir Keith Ajegbo OBE; in 2015 Sir Steve Bullock, Mayor of Lewisham; and in 2014 Baroness Estelle Morris. The event is attended by local voluntary organisations, representatives from Lewisham Council and other key stakeholders from the area.

2020 Awards Ceremony not held due to Covid-19 restrictions